REMOVAL OF STATUES: WHAT ARE THE RIGHTS OF THE ARTIST AND OF THE OWNER?

In response to the legal proceedings against the artist Jan Fabre, the arts centre “De Singel” in Antwerp and the museum for contemporary art “S.M.A.K.” in Ghent decided to remove his famous statue “The man who measures the clouds” from their roofs. Also recently, several statues of king Leopold II were removed in the context of discussions about the colonisation of Congo.  The question rises whether the removal of statues is legally justified? Would it be better to place a sign with some explanation instead of removing the statues? And what are the rights of the artist and of the (public) owner of the statue? In the article below, we discuss the current legal framework regarding the removal and demolition of statues according to Belgian law.

When artists create a concrete, original work of literature or art – such as a statue – they usually can invoke copyright protection.

Copyright brings with it two main categories of rights for the author. First, the author is entitled to exploitation rights, such as the right to reproduction and the right to distribution. These exploitation rights enable the author or artist to obtain income from his creation and, for example, to oppose counterfeiting. Second, the author is entitled to moral rights, such as the right of integrity and the right of paternity. These moral rights protect the person of the artist and the relationship he has with his work and make it possible, for example, to oppose changes to his creation which might damage his reputation and honour.

In principle, copyright lasts for up to 70 years after the death of the author. As a result, some statues of king Leopold II are no longer protected by copyright, which gives more freedom to the owners of those statues regarding a possible removal. This must always be examined concretely. In fact, statues of Leopold II are often younger than one would suspect (many date from the 1950s and later).

Is damaging a statue a criminal offence?

According to Article 526 of the Belgian Criminal Code, the destruction, pulling down, mutilation or damaging of a memorial, monument or statue is punishable by prison sentences of eight days to one year and by fines of twenty-six euros to five hundred euros. This applies to statues that are destined “for the public good” or “for public ornamentation” and that have been established by the government or at least through its authorisation. This also applies to statues, paintings and other works of art in public buildings or churches.

However, courts should consider that daubing a statue can be a form of “expression”. Any punishment must therefore be proportionate and weighed against the intended purpose (the protection of property of the statue owner). In principle, this will pose few problems under Belgian law.

Moral rights and the removal of statues

Destroying or damaging statues is an infringement of the physical property rights of the owners of these statues (often public authorities) and of the moral rights of the artist or his heirs.

As an example, on 30 December 2016, the Court of First Instance of Bruges ruled that the artists Livia Canestraro and Stefaan Depuydt could not oppose the relocation of their sculptures from the square ‘t Zand in Bruges to the nearby Albert I park. The relocation by the City of Bruges was part of the redevelopment of the square. The court ruled that the new location did not affect the integrity of the sculptures, and that the rights of the physical owner of the work of art (the City of Bruges) took precedence over the artists’ copyrights.

A similar consideration applies to the question of whether the owner of a building can make changes to his building without the consent of its architect. As an example, in summary proceedings in Brussels, a court ruled in 2002 that the architect’s copyright does not constitute an obstacle to changes to a building that are necessary due to technical requirements or to changes that respond to the new requirements resulting from the building’s intended use.

By analogy, one can argue that changed social views give the (public) owner of a work of art the right to remove a work of art. Of course, this must always be tested against the facts, with a correct balancing of interests.

An explanatory sign next to the work of art?

From a legal point of view, is the placing of signs near statues a safer option than removing them from public spaces?

As an example, the “newlyweds” judgment of the Belgian Court of Cassation of 8 May 2008 shows that even the display of a sign can constitute an infringement of the artist’s moral rights. In particular, a sign can cause the work of art to be placed in an inappropriate context and alter the spirit of the work of art.

However, the installation of a sign with an indication does not automatically change the spirit of the work of art. It therefore remains important to take the factual situation into account and to weigh up the rights and interests of the various rightholders. A sign with an indication is generally less likely to infringe the moral rights of the artist if the sign is placed near the statue, rather than on the work of art itself.

Conclusion on the removal of statues

If the removal of a statue or the placing of an explanatory sign would nonetheless affect the spirit of the work of art, but the original spirit generates social controversy among a significant proportion of the population, then I believe that the “freedom of expression” of today’s society should weigh more heavily than views from bygone eras. This is even truer when the statue was, from its inception, intended to propagate a contested view. This seems to be the case with many statues glorifying colonisation. Works that stand in public space and propagate a certain message must allow themselves to be subject of discussion. In balancing the interests, the social importance of “remembering” historical facts and earlier ideas should also be considered.

In the case of Jan Fabre (the sculpture “The man who measures the clouds”), it seems to us that the removal of the sculpture does not violate the integrity of the work of art. Nevertheless, one must ensure that the work of art is subsequently placed in a “suitable” location. A location in the open air (a link with “the clouds”) seems obvious.

A practical solution could be to place a new work of art that enters into dialogue with the original work of art. This seems a more interesting and more visible solution than placing an explanatory sign or removing a statue.

There is no ready-made answer to this discussion, but it is clear that the removal of statues and works of art should not be done lightly. Cities, municipalities and museums should correctly weigh the interests of the various parties involved (owner, artist and society).

Do not hesitate to contact us for any questions or remarks. 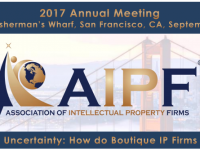