Yesterday, the Court of Justice of the European Union (ECJ) rendered an important decision on copyright law and music sampling in its ‘Metall auf Metall’ decision. The full text of the decision has not yet been published, but the following is stated in the ECJ’s press release on the relation between ‘music sampling’ and copyright law:

‘Music sampling’ and copyright: facts of the ECJ decision

What is music sampling?

In short, ‘sampling’ means that you reuse a fragment from an existing song (for example, a beat or a piece of text). Sampling is a frequently used technique in contemporary music. The question is whether the use of a ‘sample’ is permitted under copyright law. Of course, the safest option always is to ask permission from the record company before using a sample (so-called “clearing” or “copyright clearance”), but the question is whether you are legally bound to do so. It is sometimes said that the duration of the sample (how many seconds are used?) is decisive on the question of copyright infringement. In its recent decision, the ECJ does not agree with this. Also, the question rises how this relates to the freedom of artistic expression. In its decision of yesterday, the ECJ gives an initial answer to these questions, but I expect that the court will further elaborate on this topic in its future decisions. 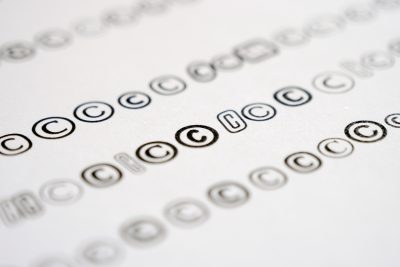 Permission required for use of short music fragments

In yesterday’s decision (judgment C-476/17), the ECJ states as a general principle that producers of phonograms (record companies and other ‘music producers’) have the exclusive right to authorize or prohibit the copying of phonograms or parts thereof. This means that even for the use of a particularly short music fragment, permission must in principle be sought from the rights holders. It seems that the ECJ makes no distinction on the basis of the length or even the originality of the fragment used (the original song must of course be original to enjoy copyright protection, but the use of even a very short non-original excerpt could constitute a copyright infringement). We have to wait for the full text of the judgment to get more clarity on this (the decision itself has not yet been published).

No permission for samples ‘unrecognisable’ to the ear

The ECJ does acknowledge that a user should not ask permission for the use of a sample in a modified form in the sense that the music fragment is not recognisable to the human ear. Such use of a sample is not considered a ‘reproduction’ in the sense of copyright law. The ECJ refers to artistic freedom to justify its reasoning: if an unrecognisable use should also require permission, there would be no proper balance between the artistic rights of new users and the copyright protection of existing works. It is remarkable that the ECJ uses the criterion of unrecognisability ‘to the ear’. The bottom line is that the sample is not recognisable for a human being (the fact that a computer may find certain similarities is irrelevant). Let it be clear that this remains a grey zone, and that it will often be a daunting task to prove that a music fragment is ‘unrecognisable’ compared to an older piece of music.

Press release: “However, the Court notes that, where a user, in exercising the freedom of the arts, takes a sound sample from a phonogram in order to embody it, in a modified form unrecognisable to the ear in another phonogram, that is not a ‘reproduction’. In that context, the Court underlines that to regard such use of a sound sample taken from a phonogram as a reproduction subject to the authorisation of the phonogram producer would run counter, in particular, to the requirement to strike a fair balance between, on the one hand, the interests of the holders of copyright and related rights in the protection of their intellectual property rights guaranteed by the Charter and, on the other hand, the protection of the interests and fundamental rights of users of protected subject matter, which are covered by the freedom of the arts, also enshrined in the Charter, as well as the public interest.”

Copyright and the public interest

Press release: “The Court also considers that the exceptions and limitations to the rights of rightholders provided for in EU law already reflect the fact that the EU legislature has taken into account the interests of the producers and users of protected subject matter and the public interest. Furthermore, those exceptions and limitations were determined exhaustively in order to ensure the proper functioning of the internal market for copyright and related rights. Consequently, the German legislation, which, notwithstanding that the above mentioned exceptions and limitations are listed exhaustively, provides for an exception or limitation not referred to under EU law allowing a distinct work, created in the free use of a protected work, in principle, to be published and exploited without the consent of the rightholders, is not in conformity with EU law.”

The ECJ leaves the door open for the possibility of considering a ‘music sample’ as a quote, which is subject to a legal exception to copyright. This entails that the various legal requirements for the quotation exception must be fully met, including the requirement that the sampler correctly identifies the original work (this is usually not the case with ‘sampling’).

“As regards the exceptions and limitations to rightholders’ exclusive rights of reproduction and of communication which the Member States have the option of enacting under EU law in relation to quotations from a protected work, the Court finds that the use of a sound sample taken from a phonogram allowing the work from which that sample was taken to be identified may, subject to certain conditions, amount to a quotation, in particular, provided that such use is aimed at entering into a ‘dialogue’ with the work in question. However, use of that sample if it is not possible to identify the work in question is not a quotation.”

No room for national legislation

“Lastly, the Court notes that, where the action of the Member States is not entirely determined by EU law, the Member States may, in applying EU law, apply national standards for the protection of fundamental rights, provided, in particular, that the application of such fundamental rights does not compromise the level of protection laid down in the Charter. However, the substantive law relating to a phonogram producer’s exclusive right of reproduction has been the subject of full harmonisation so that such national standards are, in that regard, inapplicable.”

Although we have not yet seen the text of the judgment itself (only a press release was published by the ECJ), it seems that music sampling in the EU will most often require the authorisation of the right holders. Even the use of very short fragments can infringe existing copyrights. The number of seconds used in a song seems to be of little relevance as a criterion. If a sample is ‘unrecognisable to the ear’, then there is no copyright infringement, but this remains a grey area of copyright law. It is expected that the rules on ‘music sampling’ and copyright law will be further clarified in future judgments. To be continued…

Do not hesitate to contact us for more information.