BURDEN OF PROOF IN TRADEMARK LITIGATION: HOW McDONALD’S LOST ITS BIG MAC TRADEMARK

In a cancellation procedure before the “EU Intellectual Property Office”, or EUIPO, the Irish fast-food chain “Supermac” succeeded on 11 January 2019 in having McDonald’s rights to the word mark “Big Mac” declared revoked. The burden of proof to demonstrate the use of a registered trademark lies with the trademark owner (here McDonald’s). This article looks at the course of these cancellation proceedings, the decision of the EUIPO, and what this means for Mc Donald’s. 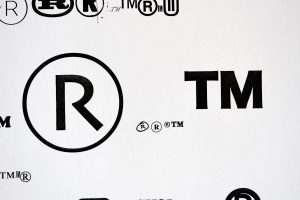 The cancellation procedure of a trademark

For several years now, Supermac has been accusing McDonald’s of abusing its dominant position in the market, particularly regarding access to the European market. In the context of these tensions between the two fast food chains, Supermac brought cancellation (revocation) proceedings before the EUIPO for its trademark “Big Mac”.

In such proceedings, a registered European Union Trademark can be revoked on various grounds. In this case, Supermac chose the ground that the trademark “Big Mac” has not, during a period of five years, been put to genuine use in the EU for the goods or services for which it is registered.

As it is difficult for Supermac to prove lack of use by means of “negative proof”, the burden of proof for use of the trademark falls on the owner of the trademark, McDonald’s. In these trademark cancellation proceedings, McDonald’s had to prove that it had made genuine use of its “Big Mac” trademark during a period of five years. McDonald’s submitted several pieces of evidence in this regard: three sworn statements by McDonald’s representatives from Germany, France and the United Kingdom, evidencing sales figures for its Big Mac; packaging, brochures and menus featuring the Big Mac; screenshots of McDonald’s websites from various countries featuring the Big Mac; and a screenshot of the Big Mac’s Wikipedia page.

Then came a big surprise: the EUIPO deemed McDonald’s evidence insufficient and declared the trademark “Big Mac” cancelled (revoked). The EUIPO ruled that McDonald’s failed to prove the extent of use of the trademark. According to EUIPO, when proving use of a trademark, various factors must be considered: the nature of the goods or services for which the trademark is registered, the characteristics of the market concerned, the territorial scope of the use, the commercial volume, the duration of the use and the frequency of use. McDonald’s did not demonstrate any of these factors, according to EUIPO.

Specifically, the EUIPO found that McDonald’s evidence was one-sided. The affidavits were made by representatives of McDonald’s itself. The screenshots of the websites, the brochures and the packaging were also provided by McDonald’s itself. According to the EUIPO, mentioning the trademark on a website does not prove genuine use of the trademark, unless the website also mentions the place, time and scope of the trademark (or unless this is proved by the trademark owner in another manner). McDonald’s apparently also did not submit any figures of visits to its websites, did not prove how many sales took place via its websites, etc. The screenshots from the websites did not show how many hamburgers were offered for sale or were sold (per country/city or in a certain time period). Similarly, no circulation figures for the brochures were presented, no evidence was provided as to who they were offered to, nor that they resulted in actual sales. Regarding packaging, the EUIPO noted that McDonald’s did not submit any independently verified figures in relation to the actual sales related to the packaging. Also, the Wikipedia page was not convincing, as it can be edited quite easily and, according to the EUIPO, such a page can only have evidential value in combination with other factors.

McDonald’s therefore had an essential evidential problem: the evidence submitted was not concrete enough to prove the actual sales and turnover figures of the trademark.

What does this decision mean for the word mark “Big Mac”?

Because of the fame of the “Big Mac” trademark, this ruling has made several headlines. Supermac was also very enthusiastic about the decision, calling it a David-against-Goliath victory, and a boost for all small businesses that compete against the power of large multinationals. I believe that that this enthusiasm might come a little early, as McDonald’s will undoubtedly lodge an appeal against this decision.

Anyway, this judgment is mainly a disgrace for McDonald’s lawyers. In trademark cases it is essential to prove concretely that the trademark is effectually used. This also applies to well-known trademarks such as “Big Mac”. The quality of the evidence is very important in this respect.

McDonald’s will undoubtedly take the EUIPO’s comments regarding the burden of proof to heart on appeal and provide sufficient evidence. If McDonald’s follows these comments, then there is a good chance that they will be allowed to keep their “Big Mac” trademark after the appeal proceedings.

Moreover, besides the trademark that has now been declared revoked, McDonald’s has several other trademark registrations for the word mark “Big Mac”. These will continue to exist until further notice, so it does not seem that McDonald’s should really worry about this decision.

Do not hesitate to contact us for further questions regarding trademarks.